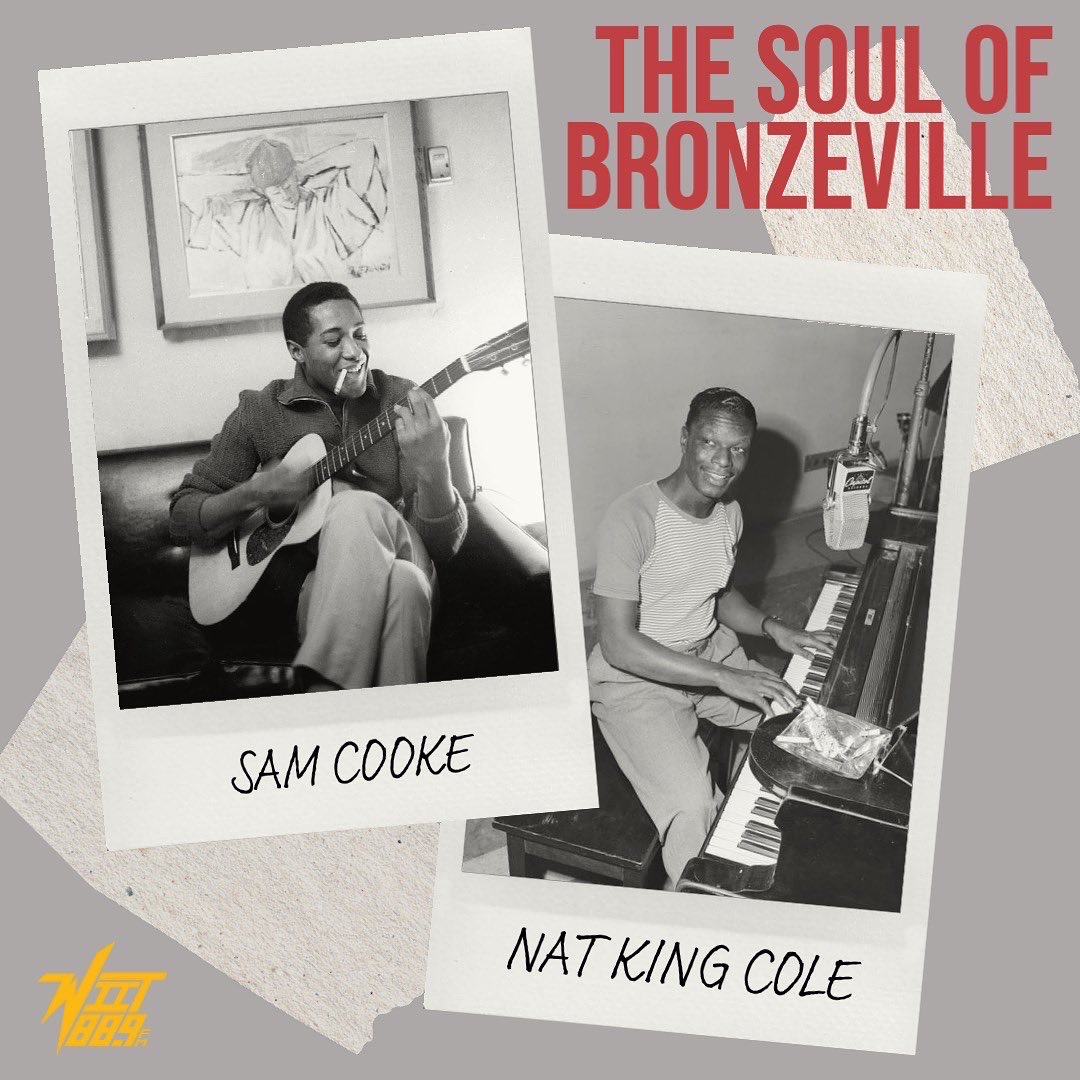 For this year’s Black History Month, the WIIT Exec Board wanted to take time to celebrate some of the most talented and successful African American musicians and performers that once called Bronzeville home. Be sure to check out our shows airing on Tuesdays at 1 and Fridays at 11:30 to hear about the artists and their music.

This week’s (02/01) featured musicians are Nat King Cole and Sam Cooke. You can listen to the show on SoundCloud.

Nat King Cole was born in Montgomery, Alabama but moved to Chicago’s South Side when he was a young boy. His childhood home was just 1.5 miles from IIT’s Mies Campus.

By the time he was 12 years old he was a master of the keys, playing piano for his church and eventually forming his own jazz group that played in clubs around Chicago. He was inspired by the likes of Earl Hines and even played against him in the “Battle of Rhythm” at the Savoy Ballroom (now the Lou Rawls Theater Cultural Center) when he was just 16 years old.

In 1937, Cole brought his music career to LA where he played in clubs across LA with The Nat King Cole Trio. The trio recorded their first album in 1943 when Cole’s vocal abilities became clear. The story goes that a drunk patron once asked Cole to sing a song during a performance and people fell in love with his voice. The rest is history.

Despite countless trials Cole faced as a black entertainer, including on stage assaults and the cancellation of The Nat King Cole Show, he always viewed himself as just that- an entertainer. He didn’t view himself or his platform as a place for activism. Regardless of his intentions though, he paved a way for future black entertainers, becoming the first African-American TV show host.

Eventually Cole began to receive backlash from the black community for his attitude of complacency when he continued to play white’s only shows. This backlash had an impact on Cole and for the latter part of his life Cole became more committed to supporting and uplifting the civil rights movement.

Musically, Cole’s sound became more pop style as his career aged. His popularity encouraged him to stray farther from jazz but he still maintained the integrity of his production and musical talent. His discography shows his versatility, experimenting with jazz, pop, and even Latin-American music. This versatility kept and even increased his popularity up until his death.

Nat King Cole passed away from lung cancer in 1965 at the age of 45. Despite his untimely death, his contributions to the music industry were enormous. His legacy was carried on through his daughter, Natalie Cole, who was also a singer-songwriter and by Black artists everywhere.

Born in Mississippi in 1931, Sam Cooke was the fifth of eight children. He father was Rev. Charles Cook and his mom was Annie Mae. In 1933, he family moved to Chicago, where he attended the same high-school Nat King Cole went to.

Since his dad was a reverend, his musical career began as a gospel singer,  being apart of the group–The Soul Stirrers. While at the age of 15, they grew relatively popular among the gospel scene and they were able to perform in places such as Milwaukee and Detroit. His time with the Soul Stirrers was important because it displayed his light-earthed vocal style, compared to a much more deep, thundered gospel voice. One of the most famous songs happens to be Touch the Hem of His Garment from 1965.

In 1957, he recorded his first song, Lovable. He originally recorded it under the name Dale Cook because he didn’t want to jeopardize his relationship with the gospel community. After the single was released and at the height of his fame in the gospel scene, his father allowed him to transition to popular music.

In 1960, he signed with RCA where he continued to perform hit after hit. Listeners can hear his versatility from ballads and pop, rock and roll, and rhythm and blues. He was able to create a diverse and universal appeal by forging the distinctive link between soul and pop music.

Although most of the historical remnants has vanished, it’s crazy to imagine that it was only on 35th and Cottage Grove where Sam used to perform songs for pedestrians on the sidewalk while his brother collected spare change. Sam’s brother, LC, passed away in summer of 2017.

After his death, Sam’s arguably most famous track A Change is Gonna Come was released. Inspired by the various events in his life, this song notably continues to have an impact socially, culturally and politically. Moments include the time when Sam and his band mates were turned away from a whites-only motel in Louisiana.

Throughout his career, Sam always waffled back and forth between his platform and status. His music connected vastly different audiences across the nation. More importantly, with a status such as Sam’s, he continually felt compelled to make a statement regarding his struggle and of those around him.

To this day, A Change is Gonna Come is widely considered Sam Cooke’s masterpiece. In 2007, it was selected for preservation in the Library of Congress. The National Recording Registry said the song was “culturally, historically, and aesthetically important.” 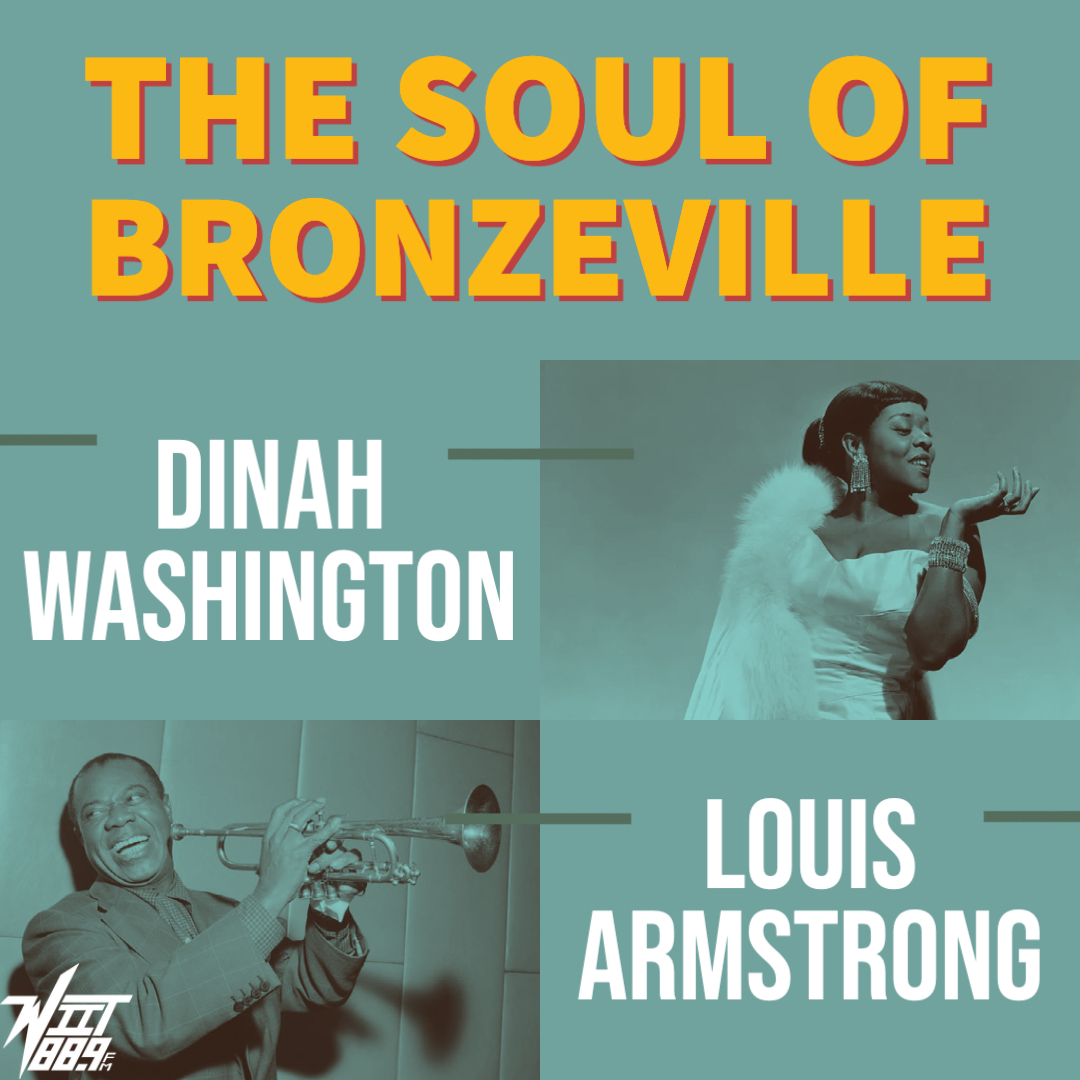